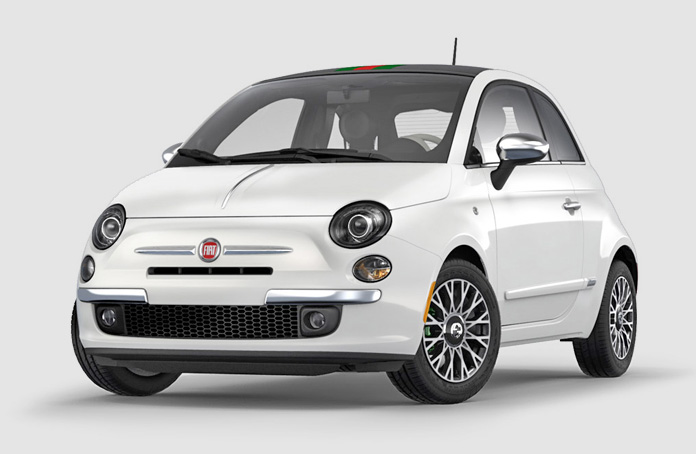 Car rental Lanzarote Airport is the most convenient method of hiring a car on arrival at what is one of the most popular airports in the Canary Islands. Hiring a car is the best way to explore beautiful Lanzarote, and could not be easier.

By using the car rental price comparison service at airport-rent-car.net you can find the very best rates from all of the top car rental companies operating on the island, and also take advantage of other benefits afforded by our service (like no excess and premium cover, free additional driver). We guarantee that you will get the best deals around, so get a quote now for your Lanzarote car rental. Moreover, we hire convertible cars like Volkswagen Beetle Convertible or similar with manual transmission and air conditioning.

Our service compares all prices from the top car hire companies operating out of Lanzarote Airport (like Avis, Orlando, InterRent, Goldcar, Dollar, Budget, Rhodium, Thrifty, Hertz, TopCar, Europcar, Keddy and Enterprise), so our clients can make sure they get the right car at the best price. You should check out our service for the best comparison solutions available, and for special offers.

We can offer you special deals such as an all-inclusive rental package – our prices are as you see them with no hidden costs – and benefits such as an extra driver, free of charge with some rental companies, and insurance deals. With many satisfied clients having used our service to check prices and book a rental car for Lanzarote, we invite you to check us out for the best deals and the widest variety of options. 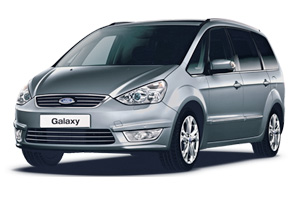 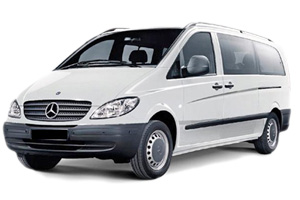 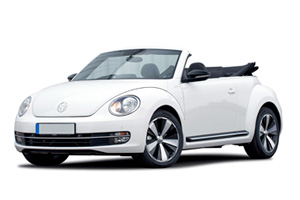 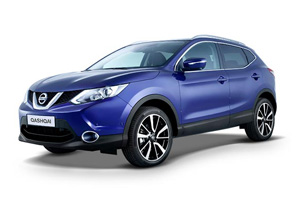 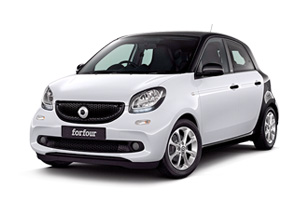 More about our car rental service in Lanzarote

At airport-rent-car.net we offer a wide variety of vehicles to cater for every possible need. Our classes begin with Mini – choose from the super-compact Citroen C1 or Fiat Panda – and Economy, with the highly fuel-efficient and family-friendly Fiat Grande Punto Evo.

For something a little bigger we have the Compact class, where you can choose from the stylish Alfa Romeo Mito Diesel, Citroen C3 Picasso Diesel or Fiat 500L Living. Or you may require one of our Intermediate models, in the shape of the Citroen C4 Picasso Diesel or Mercedes A-Class, each of which can handle a family in full comfort.

We can also offer you a Minivan, the Peugeot Expert Tepee or the VW Touran, or a full SUV in the shape of the Citroen C4 Aircross 4WD. For larger families, check out our 7/9 seater minibus and van Ford Galaxy range, all at the best rates in Lanzarote.

Hiring a car using airport-rent-car.net is easy when you arrive at Lanzarote Airport, and you will find it to be the most convenient method of travel around the island. Simply use our online comparison service to get the best price, book with our secure and safe online booking system, and you can pick up your car from your chosen provider at the airport. With the capital, Arrecife, just a few kilometres away and easily accessible by the LZ-2 autoroute, you can be there – or any of the major destinations on the island – in just a few minutes.

Public transport services are also available from the airport, with direct links to the major towns on the island, but it is strongly recommended that you check out our car rental comparison service for the very best prices, as nothing is more convenient than having your own transport for use whenever you need it. 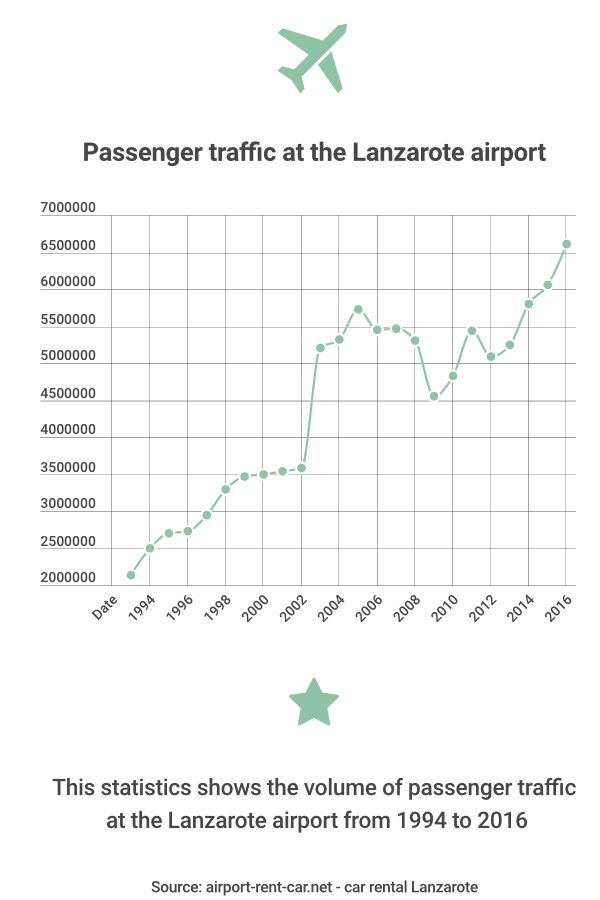 The only airport on the island, Lanzarote Airport ( San Bartolomé - Phone 0034 913 21 10 00) is a major transport hub for holidaymakers visiting the Canary Islands, and flights to and from many different countries arrive and depart regularly.

Major carriers who use the airport include British Airways with a service to London Gatwick, easyJet who offer a range of destinations including Amsterdam, Hamburg and London, plus RyanAir, flying to a wide selection of European destinations. There are flights available to and from Copenhagen, Prague, Barcelona and Milan, as well as major cities in many more countries of Europe.

The airport features two terminals, one for international flights and the second for routes around the islands, and you will find the usual. shops within the airport buildings for gifts and convenience goods including fine luggage and other items. The airport also has full toilet facilities and ATM cash machines, as well as free public Wi-Fi zones for passengers and other users of the airport.

Lanzarote Airport became a popular destination with the rise of cheap air travel in the 1970’s – and the advent of the package holiday – and now handles almost 6million passengers each year, many of them tourists visiting this beautiful island and others nearby.

For passing time, the airport is also home to a fascinating museum that covers the history of aviation on Lanzarote, which is certainly worth a visit if this would interest you.

The airport has been continually developed since the 1990’s and is one of the most modern and up to date in the Canary Islands, and has an excellent safety record.

Check for flights to and from the most convenient destinations for you, as Lanzarote is comprehensively served by some of the world’s most prominent airlines. 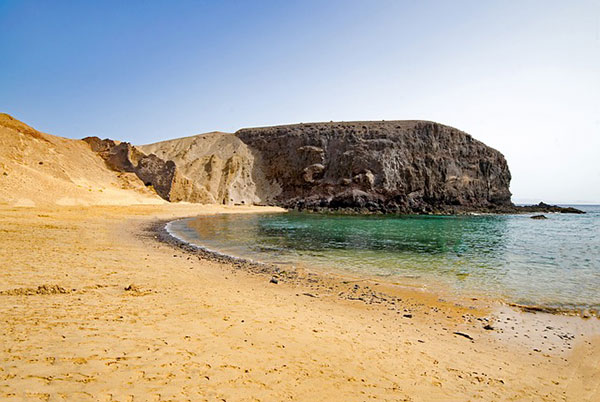 A volcanic island, the easternmost of the Canary Islands, Lanzarote has become one of the most popular holiday destinations in the world, not least thanks to its excellent weather. A combination of stunning rock formations, glorious beaches and wonderful clear waters make this a prime choice for anyone seeking a sun, sea and sand holiday, but be aware that much of the coastline features darker beaches rather than the traditional sand.

The capital, Arrecife, is a charming town a few minutes’ drive from the airport in your hire car, and there are many destinations with fine hotels and other facilities. Arrecife has its own very charming beach, and is also home to the Castillo de San Jose, a fascinating fortress dating from the 18th century that is now a museum.

You can find many excellent restaurants serving both local and international dishes here and across the island, plus lively bars and a variety of shops and other attractions for when you need a diversion from the beach. a friendly and welcoming island, Lanzarote relies heavily on tourism for its economy, so expect to be treated well and to find prices very reasonable during your stay.

With a rich cultural history and a beguiling landscape, there is much to recommend Lanzarote as a destination for both family holidays and romantic breaks for two, so check out airport-rent-car.net for a quick quote on the very best car rental deals in Lanzarote, and to book your car quickly so you can enjoy your holiday to the full.